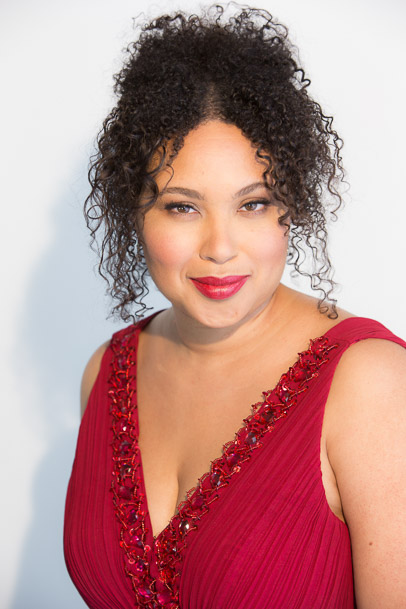 As the COVID-19 pandemic has led to the cancellation of live performances indefinitely, Jennifer is currently working full time as a software developer. She hopes to someday resume her musical career.

Praised for her gorgeous tone, Jennifer Lindsay’s lyric soprano voice combines freshness and vitality with impeccable coloratura and musical intelligence. As Mimì in La Bohème with Opera Connecticut, she was lauded for her “plummy voice” by the Connecticut Town Times, and VOICE Magazine called her a “standout singer” for her portrayal of the pivotal character Mary Warren in Robert Ward’s The Crucible with Opera Santa Barbara. She has also received attention for her performances as Violetta in La Traviata and Donna Anna in Don Giovanni.

In 2019, Jennifer joined the Metropolitan Opera as a member of the ensemble in a new production of Gershwin’s Porgy and Bess. The production, which opened the season, was originally slated for 14 performances. However, overwhelming demand and glowing reviews prompted General Director Peter Gelb to add an additional three performance dates mid-season, an unprecedented move that the opera house has not made in several decades.

Jennifer was slated to make her role and company debut with Pacific Opera Project this spring as Despina in Mozart’s Cosi Fan Tutte, but unfortunately the production was postponed indefinitely due to the COVID-19 pandemic.

Jennifer began the 2018/2019 season with a critically acclaimed role debut as Mimì in Puccini’s La Bohème with Opera Connecticut. She continued the season as a Chrisman Studio Artist at Opera Santa Barbara, where she made her house debut as Mary Warren in Robert Ward’s The Crucible  with director Stephanie Havey and conductor Kostis Protopapas, in addition to covering the roles of Mimì in La Bohème, Tatyana in Tchaikovsky’s Eugene Onegin, and Abigail Williams in The Crucible. In the fall of 2017, she was an Apprentice Artist with Opera Southwest, where she covered the role of Mathilde in Rossini’s Guillaume Tell and performed in the apprentice concert series. Later that winter, she returned to Pacific Lyric Opera in Escondido, CA, for a role debut as Leonora in Verdi’s Il Trovatore with Metropolitan Opera tenor Luis Lima as her co-star.

Equally committed to pursuing a career in contemporary opera, Jennifer recently performed the role of Tasha in excerpts from Dylan Mattingly’s modern opera Stranger Love at the biannual FIRST TAKE contemporary music festival co-hosted by The Industry, LA’s very own experimental opera company, and wildUp, Christopher Roundtree’s acclaimed LA-based new music ensemble. In recent months, she was also presented in recital by the Classics At The Merc concert series in Temecula, CA, she appeared with the Southeast Symphony Orchestra singing excerpts from Gustav Mahler’s Rückert-Lieder, and she reprised her role as Lucha in a concert version of HOPSCOTCH for The Industry at USC.

Jennifer began the 2016 season as a Resident Young Artist with Opera Naples, where she performed the role of Annina and covered the role of Violetta in the company’s mainstage production of La Traviata and additionally performed the untitled Soprano role in Tom Johnson’s minimalist chamber work The Four-Note Opera. In the spring, she made her debut as the soprano soloist in Carmina Burana with the Southeast Symphony in Los Angeles, and she was seen in concert with the Los Angeles Philharmonic in conjunction with Beth Morrison Projects singing excerpts from John Adams’ I Was Looking At The Ceiling And Then I Saw The Sky, with the composer himself conducting. Over the summer she was in residence at the prestigious Caramoor Music Festival as a Bel Canto Young Artist, where she covered the role of Zenobia in the US premiere of Rossini’s Aureliano in Palmira and participated in the young artist concert series. In the fall she returned to the role of Violetta in La Traviata with Pacific Lyric Association Opera, and she was a guest soloist with the San Diego Symphony in their Beyond The Score multimedia concert.

In 2015, Ms. Lindsay made her European debut as part of the Prague Summer Nights Festival, under the direction of renowned baritone Sherrill Milnes and his wife, soprano Maria Zouves. In addition, she was a featured soloist with the Pacific Symphony Orchestra and the Bakersfield Symphony Orchestra, and she made her contemporary opera debut as Lucha in the world premiere of HOPSCOTCH with The Industry, directed by Pulitzer Prize-nominee Yuval Sharon. 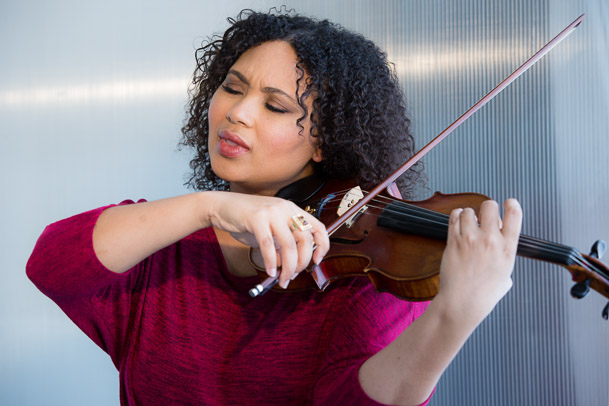 Jennifer’s musical talents extend beyond her singing. She is also an accomplished orchestral violinist, having performed with numerous ensembles across the U.S., including the inaugural YouTube Symphony Orchestra at Carnegie Hall in 2009, under the baton of Michael Tilson Thomas. Between singing engagements, she serves as co-concertmaster of the Bellflower Symphony Orchestra (Bellflower, CA) and the Southeast Symphony Orchestra in Los Angeles. As a session musician, Jennifer can be heard on the soundtracks to various TV shows and miniseries and has recorded at major studios throughout Los Angeles, including Fox Studios, Warner Brothers Studios, Disney Studios, and Eastwest Studios.

Before dedicating her career path to music, Jennifer spent several years as a software developer for the U.S. Department of Defense. She holds a BS in Mathematics from Harvey Mudd College, a MS in Operations Research from Columbia University, and a MS in Computer Science from Johns Hopkins University.

Jennifer is a Southern California native: born in San Diego and raised in Orange County, CA, she currently resides in Los Angeles. In her spare time, she enjoys sewing historical costumes and convincing opera companies to let her play in the 2nd violin section at the orchestra’s first read-through rehearsal.